What is a managed service? 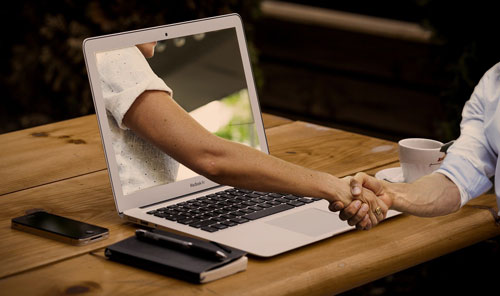 If computers are an essential part of your business you will probably have someone looking after them for you, but what type of service are you getting from them?  Have you heard the expression “Managed Service” or “Break/Fix”?

You may have heard these expressions and wondered what they mean and how they differ. First, let’s understand how managed services came to exist.

In the early days, everything was centralised; businesses used mainframes and hired their own teams to look after them.   Mainframe software was written in house and the people who wrote the software were on the payroll so they could fix any problems.  Computers were just dumb terminals, so there was very little to go wrong. If it broke you just put a new terminal on the desk and away you go.

Then IBM introduced its Personal Computer.  The PC started replacing the dumb terminal and network servers like Novell Netware and Windows NT started to appear.  Processing was sitting away from the mainframe and PCs were far more expensive than the dumb terminals.  PCs ran off the shelf software and if they broke it was not easy or cheap to replace them.

New complexities call for new skills and teams formed to deal with PCs and servers. As the balance shifted further away from centralised computing, so the PC and server teams grew. Some were big enough to break off and become companies in their own right and sell their services back to their parent company, as ITNet did with Cadbury’s.

Companies like ITNet are IT outsourcing companies, not Managed Service Providers.  Early outsourcing was quite crude effectively taking on all of the IT operation and existing IT staff. 95% of the team involved in the outsourced service would be physically present on the customer’s site so that the service could be delivered. Outsourcing companies provide the teams to run a customers IT department.   However, they are reactive to issues, waiting for problems to occur before fixing them. This is known as “Break/Fix“; you wait for something to break, and then you fix it.

Over the next 25 years, things evolved and Managed Services were developed and refined. It is now possible to offer a managed service for almost any piece of IT equipment, software or service. Thanks to the internet and cloud computing, everything can be managed remotely and it is usually not necessary to install dedicated systems physically at the customer’s site.

Managed Service or Break/Fix – What is the Difference?

The key differentiator of a Managed Service over Break/Fix is that Managed Services are proactive and not reactive. A managed service does not wait for something to break before fixing it. It monitors and maintains your systems so that they are much less likely to break in the first place.  In a Break/Fix model you pay a small monthly retainer and are charged by the hour for work that is required.  With a Managed Service you pay a fixed monthly fee but all support is included, and are only charged for new software, hardware, project work, and any changes that you request.  Managed Service Providers (MSPs) will typically bundle everything into the service and manage the lot for a fixed monthly fee.  This can also include hardware and software if you wish, and your other  IT systems such as:

While a system is under the management of the MSP, it is in their interest to ensure the system is monitored, up to date and secure meaning that it is less likely to fail and your business is less likely to experience disruptions.  In the event of any issue, the MSP is most likely to know about this before you do and will fix it remotely perhaps before you were aware there was even a problem.  Great huh!?

Of course, you have to pay upfront for this and some do not see the immediate benefit, but it is cheaper in the long run and MSP costs are predictable, IT outage costs are far from that!  According to CompTIA, 46% of companies that use managed IT services have cut their annual IT costs by 25% or more.

Think of IT this way…

Think of MSP costs like insurance; you wouldn’t drive your car without insurance, or fail to insure your home.  However, you are more likely to have an IT failure if your systems are not properly looked after than you are to have a car accident or property stolen.  Just something for you to think about 😉